Patrick Ekeng is a Cameroon international footballer aged 26 who passed away on Friday May 6, 2016.

Football fans all over the world have paid tributes to the family of former Cordoba midfielder Patrick Ekeng. He played for Los Blanquiverdes in the 2014-15 season, making 14 appearances and scoring once.

The young talent was signed from Lausanne and left when the team was relegated.

In January, Patrick happily joined Dinamo Bucharest hoping to harness his abundant skills but never knew death was lurking behind to strike when least expected.

The Guardian reports Ekeng entered the game against Viitorul Constanta as a second half substitute but collapsed in the 70th minute, seven minutes after he was brought on.

Following the tragic incident, Ekeng was taken to a local hospital but died less than two hours later. He was reported to have suffered a heart attack.

“There are no words to express our sorrow at the death of Patrick Ekeng. We mourn your loss. We will never forget you,” Cordoba wrote. 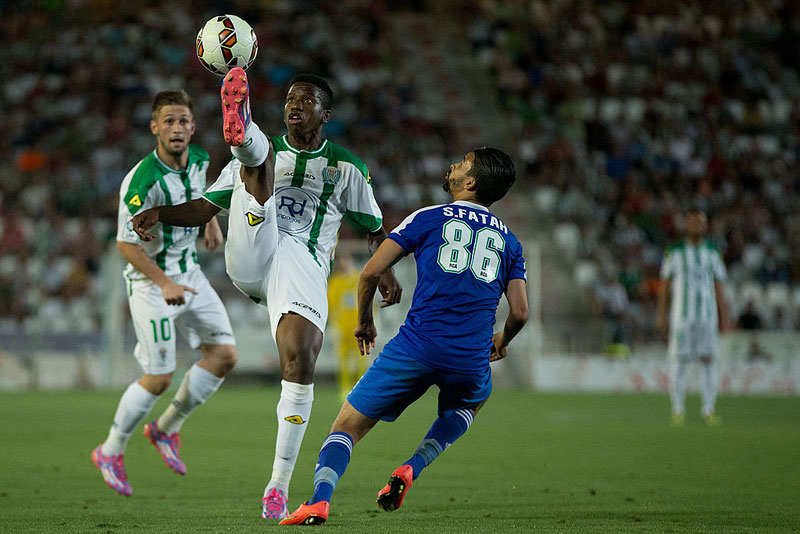