However, Enrique said his club will present the case to CAS, an independent institution based in Lausanne, Switzerland.

“We have no choice but to acknowledge the [FIFA] ruling and think about our appeal and the possibilities that we think we will have of overturning the decision,” Cerezo told Spanish radio Cadena Cope, in September.

He continues: “I think we have few possibilities of being successful.

“CAS never works favourable to those who appeal. But we have a good group of lawyers that specialise in this.

Atletico Madrid allegedly attracted FIFA’s wrath after the club conducted international transfer deals on players below the age of 18. And the world governing body says the Spanish club violated its rules between 2007-2014, adding that all transfers within that period will be investigated. 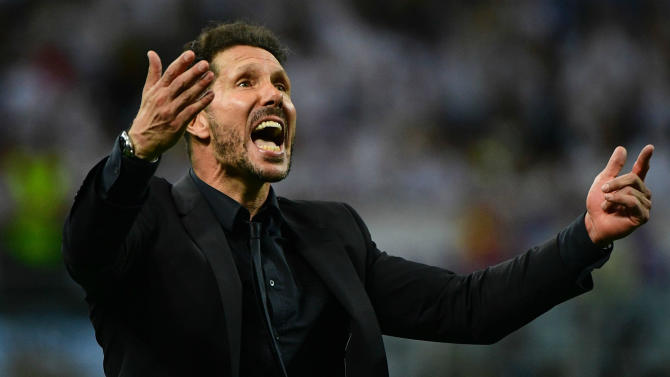 Though Atletico Madrid learnt of the looming ban from FIFA in January, the La Liga club was allowed to sign and register players during last summer’s transfer window.

Unfortunately for Diego Simeone’s club, the FIFA ban will now extend to two transfer windows – winter and summer 2017 – after their appeals to the Court for Arbitration in Sport “are deemed to have failed”.

Atletico Madrid have officially accepted they will not sign players in January 2017. But the club said October 21 that it will never surrender in its fight against the FIFA-imposed transfer sanction.

FIFA and Atletico also said in a joint statement that both parties have set a timetable for the Court of Arbitration for Sport to give a final ruling on the case in June 2017.

The official statement implies that Los Rojiblancos have partially accepted to serve a part of the ban, with hopes it will be reduced, pending a final decision from the CAS.

Both Atletico and city rivals Real Madrid were banned for committing the same offence – breaking laid down rules on signing underage international players.

Barcelona suffered the same fate in 2015.

“1. International transfers of players are only permitted if the player is over the age of 18.

2. The following three exceptions to this rule apply:

a) The player’s parents move to the country in which the new club is located for reasons not linked to football;

b) The transfer takes place within the territory of the European Union (EU) or European Economic Area (EEA) and the player is aged between 16 and 18. In this case, the new club must fulfil the following minimum obligations:

i) It shall provide the player with an adequate football education and/or training in line with the highest national standards.

iii) It shall make all necessary arrangements to ensure that the player is looked after in the best possible way (optimum living standards with a host family or in club accommodation, appointment of a mentor at the club, etc.).

iv) It shall, on registration of such a player, provide the relevant association with proof that it is complying with the aforementioned obligations;”

One thought on “FIFA Ban: Atletico Madrid accept sanction but will protest in Court until June 2017”