The South China Sea is currently breeding bad blood not just among the Asian tigers and their smaller neighbors but between China and Britain – the U.S. included. 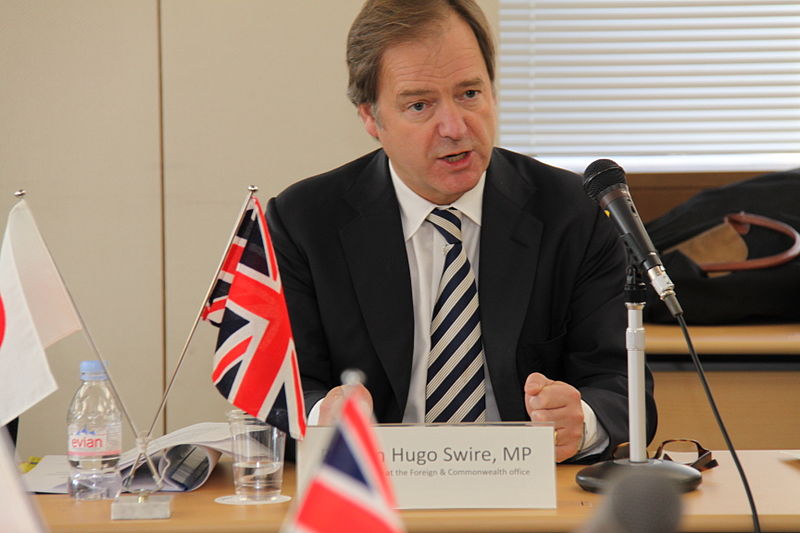 Recently, China has expressed its strong dissatisfaction with Britain over comments on the South China Sea from a senior British government official named Hugo Swire. The Chinese Foreign Ministry spokesperson, Hua Chunying made this known on to the general public in her recent briefing.

Hugo Swire (British Minister of State for the Foreign Office) is quoted as saying that “the growing tensions in the South China Sea are driven by China’s assertive actions.”

Further in his comments, the minister said that Britain will stand alongside the U.S. in supporting an upcoming ruling by an international tribunal on a complaint lodged by the Philippines and that any ruling “should be binding on both parties.”

The Chinese Foreign Ministry Rep said at a news briefing: “Mr. Swire’s comment neglects facts and is full of bias. It breaks Britain’s commitment that it does not take sides on issues involving territorial disputes. China is strongly dissatisfied with this.

Mrs. Hua Chunying explained in China’s defense by saying that “the United States and the Philippines colluded to create an illusion of tension on the sea, while what people see is ‘more than 100,000 vessels passing safely through the region every year as usual.'”

In her words: “The only difference is the more frequent and high-profile appearance of U.S. military ships and planes in the region.”

She continued: “The U.S. ambassador to the Philippines said recently “the U.S. will give Manila an observation blimp and military equipment worth 42 million U.S. dollars.

“Facts show that the U.S. is the biggest driver behind tension on the South China Sea. The U.S. is calling white black by blaming China.” Hua Chunying said.

Records show that under the UN Convention on the Law of the Sea (UNCLOS), Manila unilaterally initiated an arbitration case against China over the maritime disputes. The lawsuit was tendered at The Hague in early 2013.

Hua continued pointing accusing fingers on the U.S., France and other world super powers. He said: “The Philippines’ attempt to deny China’s sovereignty over the Nansha Islands is obviously a result of instigation behind the scene and political manipulation. She called the legal steps taken by the Philippine “an abuse of international law”.

China has repeatedly confirmed that it will not accept nor participate in the process.

12 thoughts on “China Angry with Britain Over Comments on the South China Sea.”