Alex Iwobi has expressed his excitement over the new Arsenal shirt number 45 which he swapped for Alexis Sanchez’s number 17 ahead of the 2016/17 Premier League season.

The Chilean is still under contract with Arsenal but had chosen to switch his own number for Tomas Rosicky‘s following the player’s exit after the 2015/2016 Premier League campaign.

Rosicky wore No. 7 shirt during his stay at the club.

Aged 20, the Nigerian player couldn’t be happier at the chance of this honor bestowed on him to wear Alexis Sanchez’s number.

He shared a tweet as part of his celebration after succeeding the former Barcelona forward’s shirt number 17 shirt as he says goodbye to an aged 45.

Iwobi wrote on his Instagram page: “Very Gutted To Let Go Of ‘Big45’ However It Is An Honour To Be Given Number 17 , New Chapter In My Career #COYG

The Nigerian midfielder helped Arsenal secure a second place finish in the Premier League after a 4-0 victory over Aston Villa on the final day of the 2015/16 season. 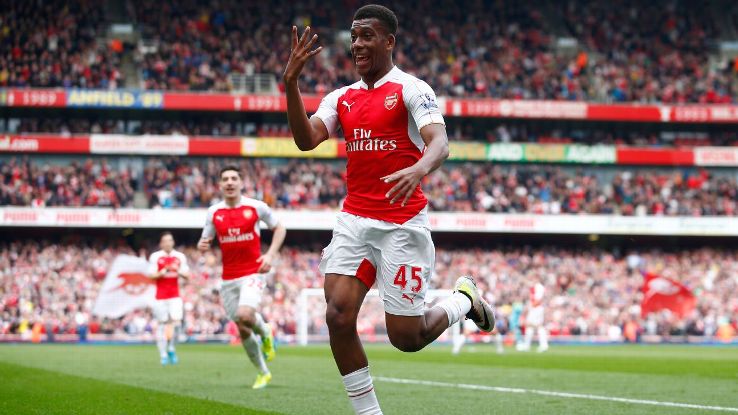