Manchester United are all clear ahead of the transfer window to sign Henrikh Mkhitaryan from Borussia Dortmund, reports say. The Red Devils received a huge boost in their pursuit of Henrikh Mkhitaryan after the German club  finally agreed to sell their playmaker for £32m (€40m), according to ESPN. 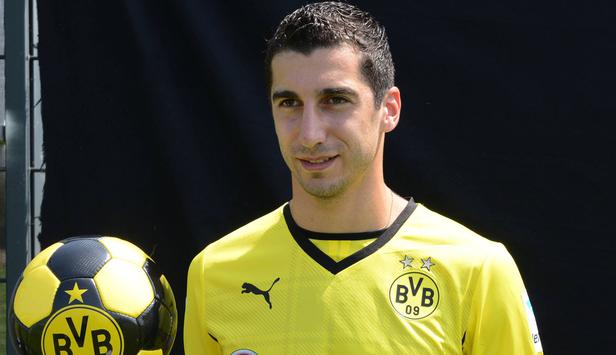 Image: Henrikh Mkhitaryan Mkhitaryan’s future has been a hot topic for debate for several weeks. The Armenian international aroused transfer rumors after news surfaced that he had failed to agree terms over a prolonged contract extension talks with Borussia Dortmund. He had just one year remaining on his current deal. It's a surprise that the club have agreed to let him loose with just 12 months left in his contract deal. Speculations were rife that the German club would simply cash-in rather than risk losing him for nothing as the management re-affirmed after losing key player like Ilkay Gundogan and Mats Hummels this summer.

The Mirror reported earlier this week that Mkhitaryan’s agent, Mino Raiola, had revealed that the 27-year-old has his heart set on joining his ‘dream club’ Manchester United and he was working hard to persuade Dortmund to sell.

“Manchester are Micki’s dream club, he wants to join them by any means. It would be a sin to stop talking.” Raiola is quoted as saying by the Mirror

“We [Raiola and Dortmund] have both taken very different views and fight for them like lions.

“[Dortmund chief Hans-Joachim] Watzke walks 180 degrees into one direction and I 180 degrees into the other. But even though it does not look like it right now, I still hope for a sensible solution.

“Such an offer to join Manchester United might only come once in a lifetime for a player. Nobody can guarantee us that the door will still be open for Micki next season.”

The newspaper said United were confident of getting a deal agreed after tabling an improved £28m bid and it seems that confidence was well placed as ESPN are citing a report coming from Bild that claims Dortmund have finally decided to cash in this summer.

However, it appears United will have to up their offer as the German publication suggests that the Bundesliga outfit will only sell if their £32m (€40m) asking price is met.

In the last analysis, what we are communicates far more eloquently than anything we say or do.